Armistice Day - Pilots of the Caribbean & Flying For Britain

When forces join together we break new ground and take-off to higher heights. Ex-military, City Government personnel, actors, historians and other special guests where amongst the audience standing on the 17th floor of City Hall Westminster watching over the magnificent views of the grounds of Buckingham Palace where the traditional celebrations of Armistice Day took place observing the two minute silence at 11am on 11/11/2022. Following the procedure witnessed from the window view The Pilots of the Caribbean event with Flying For Britain Film Premiere began.

Black History Month 2022 was about building blocks and breaking barriers to inclusion through educational events. It's been a busy month as usual where the demand for storytelling increases for both adult and children/young people's workshops. However schools and institutions are beginning to recognise the inclusion of Black History throughout the year. The highlight of my Black History Month activities was the event at RAF Marham - Aviation Heritage Centre - on Wednesday 19th October, this day was dedicated with  a tribute to Justice Philip Ulric Cross. The day witnessed the unveiling of a plaque and a seminar celebrating his life in the conference room named after him. This event is an example of the building blocks to inclusion of people of colour, as Black, Asian and other minority groups have always been hidden in history.

Break the bias through stories

March is the month for Ms Rose Blossom, it's the month of International Women's Day/Women's History Month and when this blog began, nine years ago. I've had remarkable opportunities to empower girls and young women ( boys also included) at primary, secondary schools and library centres as a storyteller and author, encouraging them to aspire higher and believe they can fly from World Book Day/Week to the month end. Sharing my own journey and other stories of fly girls/ pioneer women it was delightful to see how much of a positive impact a good story can make. I was also fortunate to be recruited on to the BBC 100 years of storytelling tour around the UK, with the aim to encourage the next generation into storytelling careers.

Around NW with Aviator Amy Johnson

Fly Girls Wellness was awarded funding early this year, from the National Lottery's Heritage Wellbeing Fund and delivery partners Brent Museum and Archives,  for the Flying from Brent project. From Autumn 2021, we brought back the amazing story of aviation pioneer Amy Johnson, who was the first woman to fly solo from England to Australia in May 1930. The project delivered activities for both adults and school children.

Through a heritage and wellbeing walk for adults, in September 2021, we walked the pathways Amy would have taken in her time living locally and training at the London Aeroplane Club in Stag Lane. Fifteen history lovers and some flying enthusiasts turned up on a sunny Saturday morning, to walk and talk and connect with people after a period of isolation from the COVID-19 social restrictions. Led by actor and activist Sadie Kempner, we met at Kingsbury Station and walked from Kingsbury to Edgware for the first part of the walk. Sadie, dressed in Amy Johnson flying gear,  had a wealth of information on the life of Amy Johnson and the local De Havilland factory.

Using our route and material,  Philip Grant of Wembley History Society has worked with us to prepare an illustrated self-guided walk document. If you want to follow this walk, "In Amy Johnson's footsteps", and get more depth on the history related to her time in Kingsbury, you can read and download the document from the Brent Archives website here.

For part two of the wellbeing walk, we took bus 302 to venture besides the Welsh Harp Reservoir. This was where Amy Johnson met actress Anna Neagle, on the 1st of April 1931, for the launch of the speedboat racing season. Unknown to them then, it would be Anna who played Amy Johnson in a film about her life, ten years later.

For the younger ones, the Flying from Brent project went into primary schools in October 2021. Starting in Oliver Goldsmith, Kingsbury, children watched a short film on the life of Amy Johnson played by Sadie Kempner, who then appeared in the classroom for an entertaining time tunnel drama. The children loved going back in time, and then were given the task to write letters, as Amy Johnson regularly did to her family.

The next school we moved to was Northview Primary, in the neighbouring district of Neasden. Here Sadie delivered a whole school assembly, acting as Amy Johnson. This was followed up by her directing the pupils to get into character as Amy Johnson, easing them into the creative letter writing.

The adult audience has found this project to be most inspiring, following comments from feedback forms and on the day of the walk. It brought people together to be active through walking and mentally stimulated, learning about history through an inspiring story.

We have had fun, and it's been a great learning experience, on this opportunity to write and share local heritage. For the link to our legacy film production visit here: Flying from Brent.
Posted by Amanda at 00:00 No comments:

How awards can help writers growth 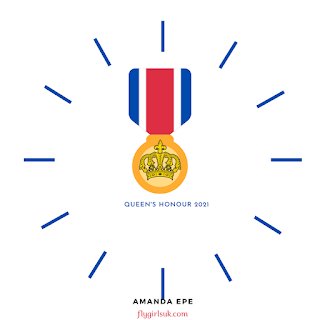 Reflecting on June's journey in my work of girls and women empowerment I humbly received the honour of a BEM award from the Queen's Honour birthday list, this prompted me to do a blog post to share the importance of accepting awards and why one should. Whilst working to support women and girls in the community is a vocation and not expectant of awards, there is also a joy of being celebrated and your work recognised. The Prime Minister officially acknowledges the panel's shortlisted candidates, after the government hands them over to the Queen who has the final approval. Why would one dismiss the awards under Order of the British Empire? Well, one reason Black Asian and Ethnic Minorities, BAME people do not accept these awards is because of the title being associated with empire?

Why Race is a major component of failing school inclusion

Women and Writers of Colour 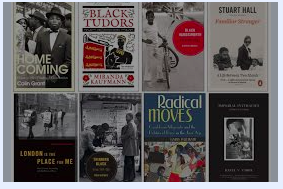 Last week my blog post was on inclusion failure as schools celebrated School Diversity Week, and this week gives further evidence on this matter. Not only are activists seeking to address the lack of black history in the school curriculum, but there are also findings that only 7% of women writers being studied at GCSE level English Literature, and a shocking 0.7% of writers of colour being included in the English Curriculum Key Stage 2- 4. The race equality think tank Runnymede Trust and Penguin Random House collaborated to investigate the lack of representation from ethnic minority authors and writers of colour.

Why Inclusion is Failing? 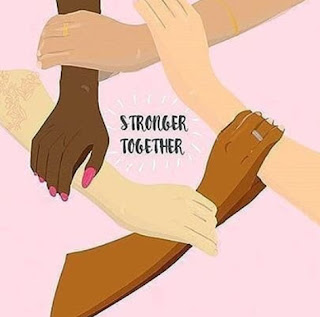 This week schools work on celebrating LGBT+ & Equality and Inclusion from 21st - 25th June. Last week I posted on Autism and Inclusion discussing why we need to celebrate our differences. But when the week is over, things return to normal, and only when the nation has campaigns do we remember to celebrate or create changes for excluded people. This is the same for Black History Month, a time when there is a possibility for black professionals to be invited into schools to give talks, and for our history to be shared in lessons. Things have improved recently with some schools taking time to collaborate with black-led organisations. The celebrations include the start of mandatory black history as The Black Curriculum since June 2020 campaigned for this to be actioned, and have trained over 3,300 teachers and 3,500 students reached to date. But why is inclusion failing?