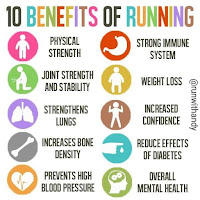 Run With Andy is a new running group that started on Tuesday 16th May for the Welsh Harp 4 mile run.  Meeting point at Birchen Grove free car park Andy then leads you into a warm up before you start on the nature trail path.

This nature reserve is a beautiful location to run if you are looking for a serene and secluded space away from car noise and road pollution. It’s a scenic environment with fields; woodland and wetland and if you run fast enough you might glimpse some rare birds. It happened to rain on Tuesday during our run however we were sheltered by the dense rainforest resembling a narrow version of the lush green Fern Gully and I reminisced a vacation in Jamaica.  On route you see other joggers and members of the sailing community sitting at the waterside with the views of boats.

Andy will also be leading beginner runners tonight and regularly on Thursday’s for the One Tree Hill Park Run (4 miles), Alperton, as well as intermediate level on Tuesday’s beginning on June 1st at 6:45pm.

It’s great running with UKA Run Leader Andy as he leads his runners with encouragement all the way and sometimes taking the back marker position when the runners’ pace is slower. Andy who has been running consistently for almost five years aims to help people get into running and enjoy the benefits. He entered the London Marathon in 2014 and has completed several charity races since. If you’d like to #runwithandy connect with him on twitter @runwithandy or email andykraju@gmail.com or book through RunTogether here

Looking for a midweek running group then join the Wednesday Wembley Stadium running group, an ASICS run group led by UKA Run Leader Reyane Smart. Rey a Personal Trainer and founder of Be Smart Get Fit is also a London Marathon Runner and international runner that has run competitively in US and France winning a silver medal from across the pond. The ASICS Wembley Stadium run is a growing and established community for all levels of running abilities. They meet at ASICS in the London Designer Outlet at 6:50 and warm up at the stadium before commencing the 5km run.
Their members have fun with fitness social activities including their recent Tough Mudder event, as well as entering charitable races, i.e last Sunday’s Run Wembley event for St Luke’s Hospice. I personally enjoy the Be Smart Get Fit fun classes at the Yellow Pavilion, particularly Saturday boxing. For further info connect on twitter @BeSmartGetFit

So you want a beginners and a woman only running group who aim for 2km initially, then join the Fly Girls a RunTogether group who run every Sunday morning at the Wembley Stadium meeting at the Civic Centre at 9am. On our last run we had thirteen members turn up. To register follow the link to book a session